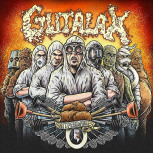 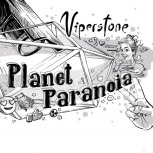 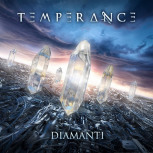 We are heartbroken to have to announce more bad news due to the pandemic. Considering the recommendations of our management, our agent, and our label, we have had to make the decision to cancel our 'Soulbounding Across Europe' tour this fall. In light of recent Covid policy changes throughout mainland Europe we came to the conclusion that it is the safest decision to cancel the tour rather than run the risk of being stranded or having to cancel the tour part way through. This was honestly the hardest decision we have ever had to make as a band, and we struggled with it for days before finally coming to the realization that it wasn't going to be possible. We wanted so badly to come and play 'Abyss' live for all of our European fans finally; it was going to be an amazing way to finish off what has turned into an awesome year, but now it will have to wait until things are more steady and sure. I think Brittney was able to sum it up as best she could in this quote:

"I feel like we have been going through the mourning stages over this... And I don't mean that lightly. Denial, Anger, Bargaining, Depression, and now finally, Acceptance. We wanted to do this tour so badly. We try to do whatever we can to make our fans happy, but we hope they will understand why we had to cancel. We are so sorry, to all the promoters, the openers: Striker and NorthTale, and of course, to our fans. We hope we can find a way to make this up to you very soon."

There are no plans to reschedule at this time as we had hoped to take 2022 off to write new material, but will have to re-evaluate that plan in light of this situation and see what we can do. Again we are so sorry and we hope one day to return to your beautiful continent with covid safely behind us and play live for you all once more!"

Vancouver, Canada based UNLEASH THE ARCHERS were formed in late 2007 by vocalist and front-woman Brittney Slayes, together with her partner and the band’s drummer Scott Buchanan. Spanning the gap between various forms of metal, genre-blending has become their speciality, and the resulting product is a potent mix of intelligent song-writing and technically versatile musicianship. Guttural screams likened to blackened death combined with the soaring wails of a four-octave mezzo-soprano in power-metal style have created a sound unlike anything else in the industry. UTA have been described as “show-stealers” and “wildly entertaining” by fans and peers alike, and they strive to put on a show that will stick with you long after you’ve left the venue. Since having signed to Napalm Records in 2015 the band broadened their fan base extensively which they will continue to do with their extended Soul-Bounding Across Europe 2021 tour.

"I think it goes without saying that we are all insanely excited to see live shows start happening again. Not being able to tour for the last year has been agony, and not just because we love playing music; we miss our fans like crazy! We can't wait to see all your smiling faces and hang out with you all at the shows. We are also beyond stoked to get to play the new album live for the first time as well! We've loved hearing from everyone what their favourite songs are and we just know we are going to hear your voices loud and clear on the 'Soul-Bounding Across Europe Tour' this winter! See you on the road real soon!” Brittney / Unleash The Archers

Main support will be coming from the Canadian five piece STRIKER, one of the leading bands in the New Wave of Traditional Heavy Metal movement. With nearly 1000 live performances since forming in 2008 supporting bands such as Metallica, Steel Panther, and Death Angel plus main stage slots on festivals such as 70,000 Tons of Metal in Miami, Striker is one of Heavy Metal's fastest growing independent bands. Striker recently won a Juno Award for their self recorded and produced 2018 album "Play to Win", and are currently working on exciting new music.

The Swedish/American/Brasilian Power Metal force NORTHTALE will be opening the night. The band was formed in 2017 by guitarist Bill Hudson, who was initially writing songs for a solo album. Former vocalist Christian Eriksson, drummer Patrick Johansson, keyboardist Jimmy Pitts and bassist Mikael Planefeldt joined during the demo stages, when a decision was made to turn the project into a full time band. The groups’s debut album, “Welcome To Paradise” was released in August 2019 via Nuclear Blast to very high international acclaim and great reviews on the specialized media worldwide. After performing at the Sabaton Open Air Festival (Falun, Sweden) and two sold out nights at Evoken Festival (Tokyo, Japan), the band amicably parted ways with vocalist Christian Eriksson, and set itself on a worldwide search which lasted almost an entire year. In the Summer of 2020 the band chose its new vocalist, Guilherme Hirose, after a worldwide search which included 40 candidates from 11 different countries. 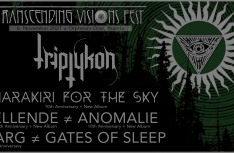 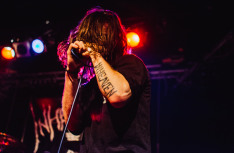 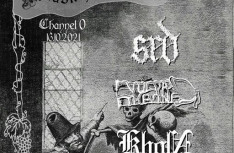